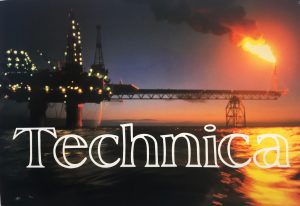 I was working from 1979 to 1985 as a consulting scientist on safety analysis and the technical risk assessment of major hazards  in the oil and chemical industries.  Most of the work listed below was through my role at Technica, where I was a founding director and shareholder. Technica was a new company, set up by four colleagues and myself in 1981 to advance the new science of technical risk assessment. See  Technica brochures from 1981 and 1983 here & here. Our team at Technica was highly innovative, growing fast and becoming the market leader in this specialist subject area within three years. I left in 1985 (to join Shell International). Technica was later bought by the Norwegian company Det Norske Veritas.

19. Pyman MAF (1985) Survey of ship traffic routes on the UK continental shelf. Report by Technica Ltd for the UK Dept of Energy. Published by HMSO 1985.

18. Pyman MAF (1983) Risk assessment of emergency evacuation from offshore installations. Report by Technica Ltd for the UK Dept of Energy. Published by HMSO 1983.

17. Pyman MAF (1982) Major hazards to offshore platforms and the use of risk analysis to minimise them. Paper presented to the Conference ‘Risk Analysis and  integrity monitoring of offshore structures’ organised by the Society of Underwater Technology, Institute of Mechanical Engineers. London, October 4, 1982. See pdf copy here.

9. Pyman MAF, Austin JA and Lyon PR (1984) The risks of collision between merchant shipping and offshore platforms in the UK sector of the North Sea. Journal of the Permanent International Association of Navigation Congresses, No. 44, pp37-43, 1984. See pdf copy here.

7. Pyman MAF, Lyon PR and Rowe May G (1985) Navigational practice in the vicinity of offshore installations. Journal of the Institute of Navigation, 1985.

Connect with me on LinkedIn